Gospel is one of the most common words in a Christian’s vocabulary. But what does Gospel mean in the original languages of the Bible? In this video, we’ll discover that gospel is a royal announcement about Jesus who is the crucified and risen king.

“Gospel” is one of the most common words in a Christian’s vocabulary. But what does it mean in the original languages of the Bible? In this video, we’ll discover that “gospel” is a royal announcement about Jesus, who is the crucified and risen King of the world who overcame death with his love. Video Details
Explore Gospel 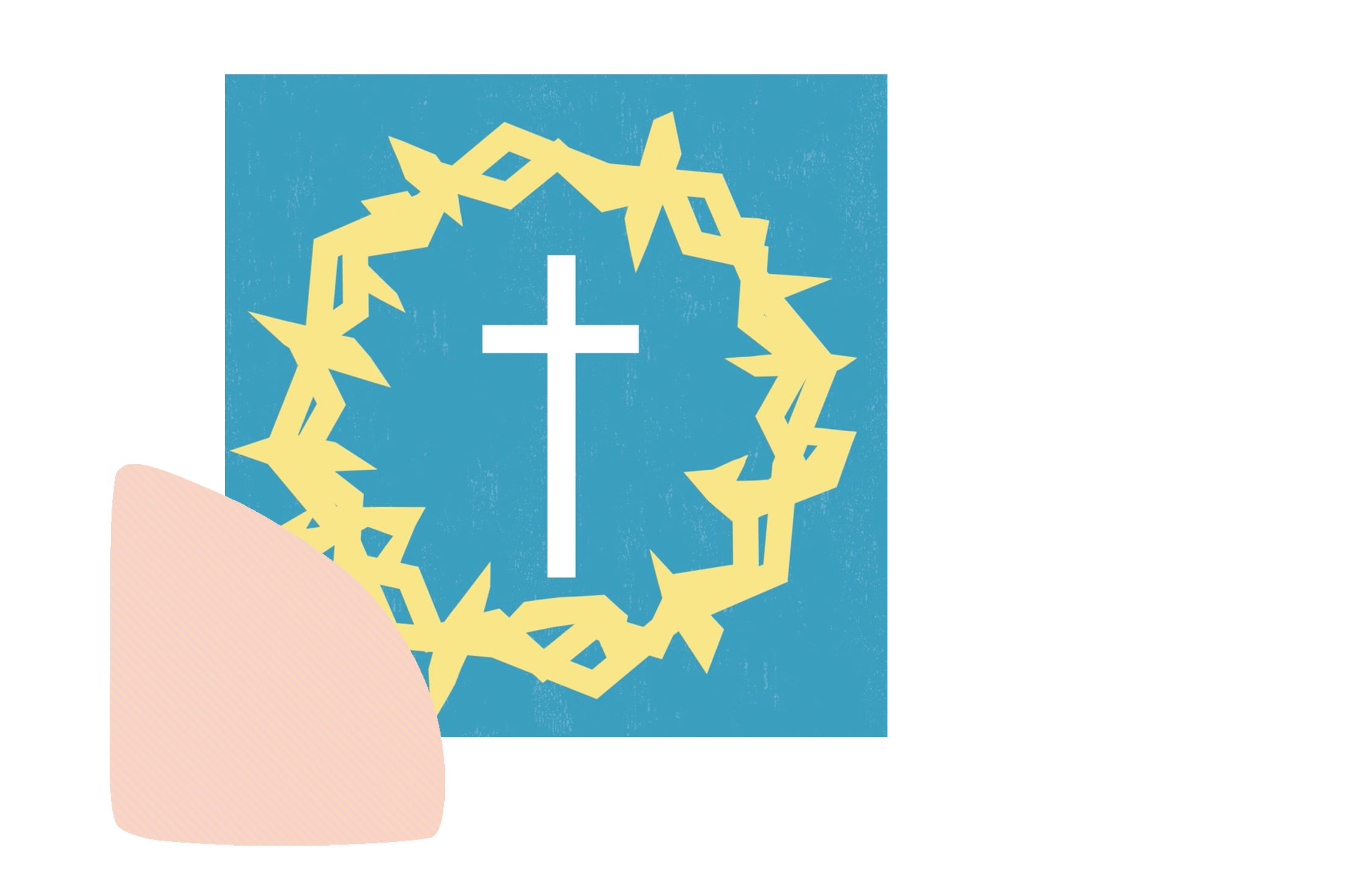 What does “Gospel” mean?

If you’ve spent any time around a Christian community, you know that the word “gospel” is commonly used as a shorthand term for the core message of Christian faith. However, the exact meaning of gospel varies from church to church, based on the larger tradition or denomination. For some, gospel refers to the message that Jesus died for the sins of humanity. For others, it may refer to the general idea that God loves us or that we will spend eternity with him. So if we’re looking for clarity, the best way forward is to go back to the original source of this word in the biblical story.

The biblical words for gospel refer to a message of good news. But it’s not just any news. The word is used most often to refer to important events regarding rulers and their kingdoms. When King David wins a battle, this is good news because it means he is still reigning on his throne. When King Solomon is made king over Israel, a “good news” announcement is spread throughout the land. In other words, gospel is a royal term reporting good news about the ruler in charge. And while this news has deep personal consequences for the people who hear it, it is no private, religious matter. Nor is it simply advice. The gospel that Solomon is now king is a very public announcement with huge personal implications for everyone living under his rule.

“Gospel” is one of the most common words in a Christian’s vocabulary. But what does it mean in the original languages of the Bible? In this video, we’ll discover that “gospel” is a royal announcement about Jesus, who is the crucified and risen King of the world who overcame death with his love. Video Details
Explore Gospel

“Gospel” is one of the most common words in a Christian’s vocabulary. But what does it mean in the original languages of the Bible? In this video, we’ll discover that “gospel” is a royal announcement about Jesus, who is the crucified and risen King of the world who overcame death with his love. 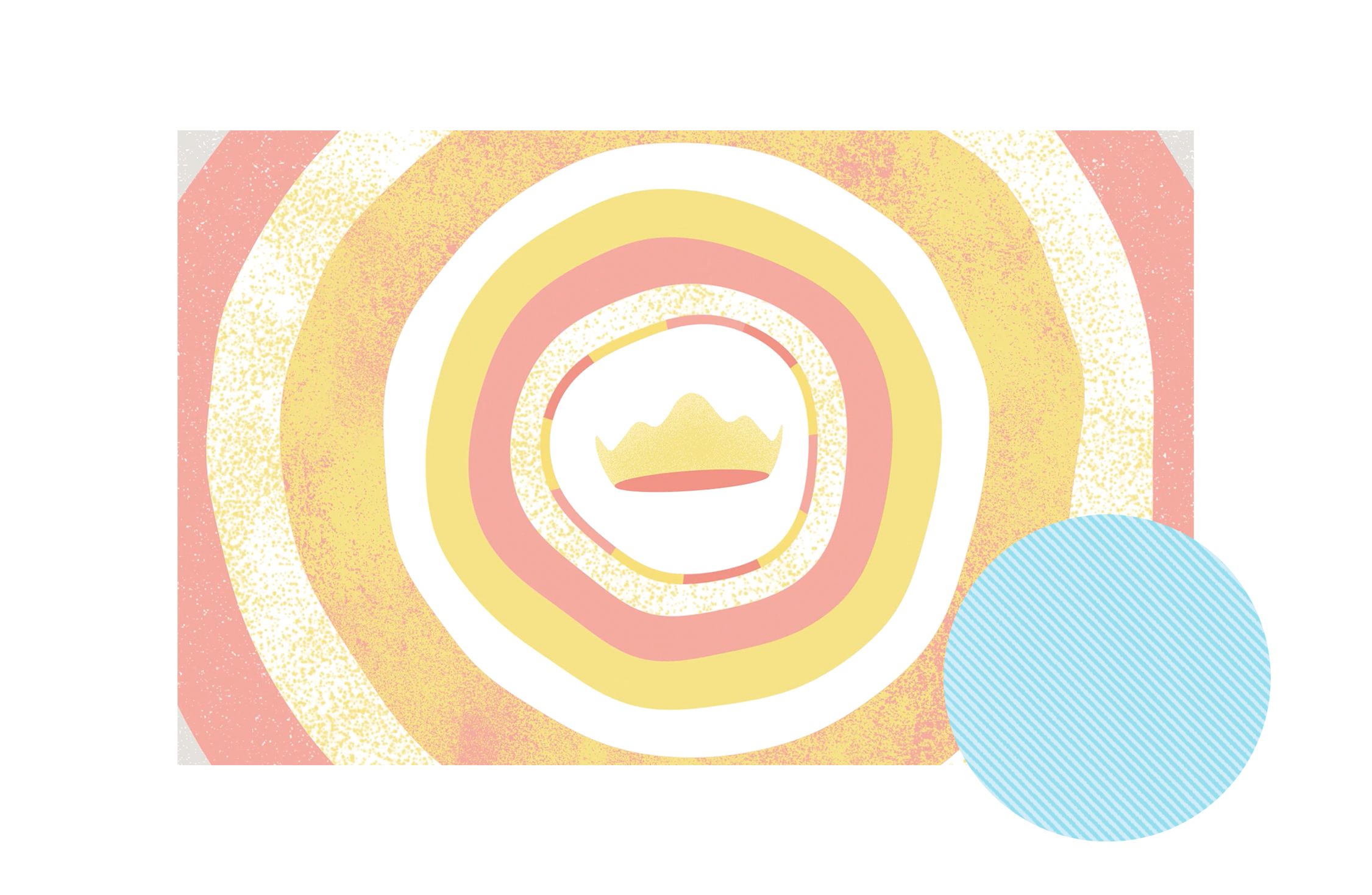 As the story of the Old Testament develops, it becomes clear that the kings who rule over Israel are as corrupt and violent as the rulers of any other nation. This is a problem because God had promised Israel’s ancestors that through this nation all other nations would find God’s blessing. In the Old Testament book of Isaiah, the prophet announced the good news that Israel’s divine King, the Creator of all things, was going to come to earth and be crowned the new king of Israel (check out Isaiah chapters 40-55). But first, Israel’s corrupt kings had to be dealt with, which we see in the exile of the Israelites to Babylon (check out the story in 1-2 Kings). While it may look like the evil kings of Israel or Babylon are running the world, there is still good news: Israel’s God is the true King of the world, and he’s coming one day to restore hope to God’s people. (see Isaiah 40:1-11 and 52:1-10).

When Jesus of Nazareth appeared on the scene, he went around announcing the good news about God’s Kingdom (Mark 1:14-15). He was proclaiming that the promised royal arrival of Israel’s God, foretold by the prophet Isaiah, was coming to pass. But Jesus’ claim was even more grand. He claimed he was the one who would bring God’s reign into reality, here on earth as it is in heaven. He communicated this through his actions (announcing God’s forgiveness, as in Mark ch. 2), and through his words (pronouncing God’s blessing upon Israelites who follow him, as in Matthew chs. 5-7). Jesus said that he was acting with divine power, casting out the influences of evil from Israel. “If I cast out demons by the Spirit of God, then the kingdom of God has come upon you!” (Matthew 12:22-28) 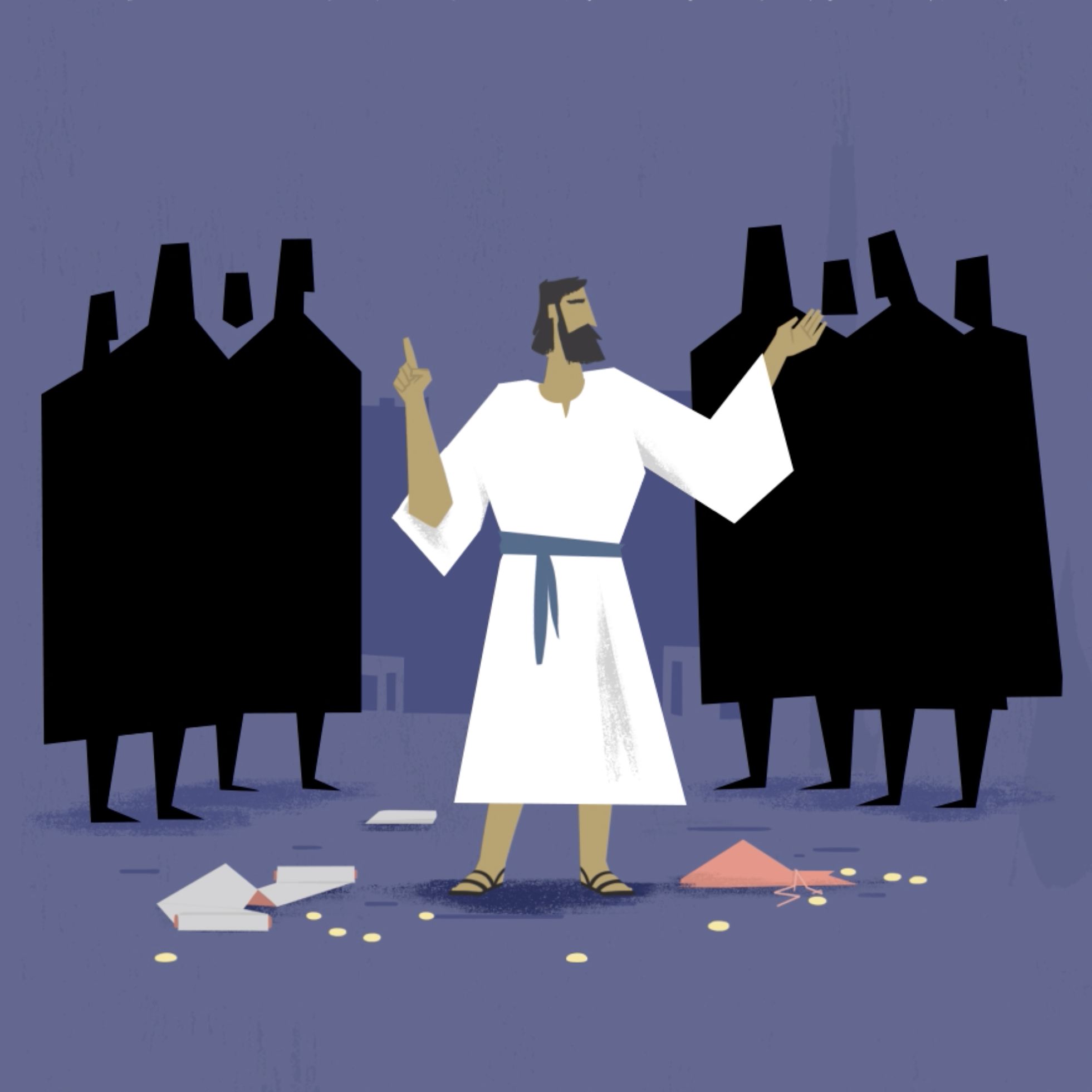 Jesus was announcing the promised arrival of Israel’s God to become king of Israel and all nations, but the way that he asserted his rule was surprising to the people around him. When Jesus arrived in Jerusalem, the city where David once reigned, he did not use violent force to inaugurate his kingdom. Instead he rode into the city, weeping over its corruption and fate (see Luke 19:41-44), and then he marched into the temple, the throneroom of the God of Israel. There he acted as if he was the true king of Jerusalem, disrupting the sacrificial system and declaring that Israel’s rulers were a bunch of thugs who were leading the people toward destruction. This event resulted in his arrest a few days later as a traitor who claimed to be the king of Israel. He was unfairly tried on false charges, and the Roman governor allowed him to be crucified. However, the accounts of Jesus’ death make it quite clear that his execution was in fact the beginning of his exaltation to become the divine king. He is given a robe, a crown, and a scepter as soldiers bow down to him. In their eyes it’s a cruel joke, but in reality they were watching the gospel happen before their eyes. Jesus was being lifted up as the cosmic king of the world on his wooden throne where he died because of the sins of his enemies. The cross is the royal announcement that God’s purpose was to rescue his world by dying for it, by allowing our sins to overwhelm him unto death. But because God’s love is more powerful than our evil, he overcame it with his resurrection life, which he now offers to anyone who turns and puts their trust in his royal love.

A Message with Power

The Christian gospel is the announcement that Jesus is the divine king of the world who lived, died, and was raised to be the ruler we so desperately need. And if a new king is in charge, this means that a new way of life is in order. This is why there are four accounts of Jesus’ story told in the Bible, and altogether these are called “The Gospel according to Matthew, Mark, Luke, and John.” These books tell the royal news of Jesus’ enthronement, and they also contain his teachings about “life in the kingdom.” They are meant to serve as guides for his followers who today want to live as if the risen Jesus is the real cosmic king. And this gospel that tells the surprising story of God’s self-giving love in Jesus has the power to change people. It is good news that is truly worth sharing. 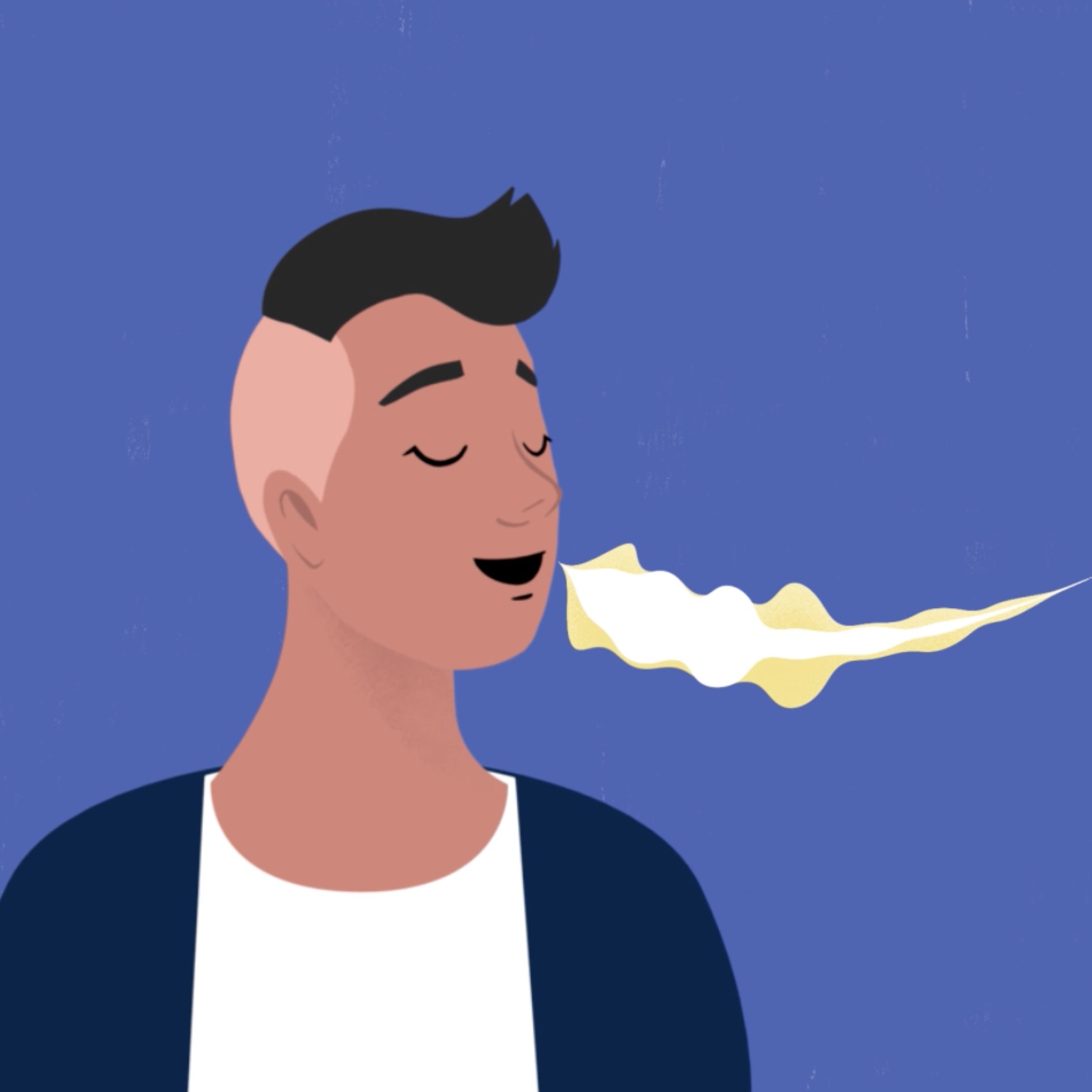 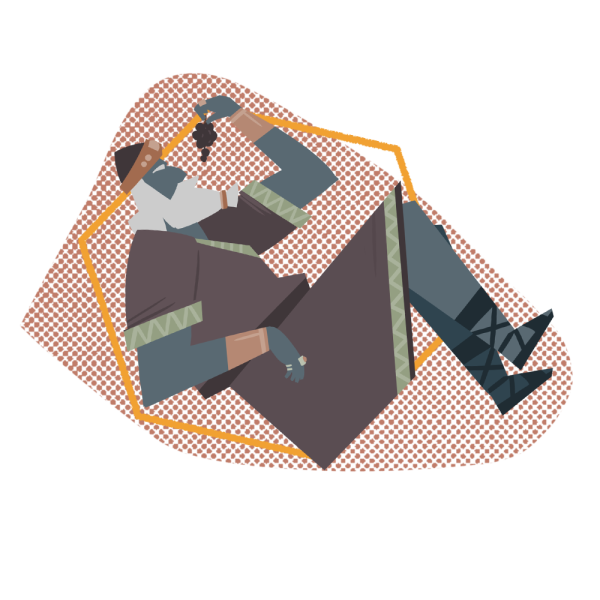 Bad Word Series
Learn more about bad words in the Bible, like Sin, Iniquity, and Transgression.

The “Missing” End of Mark’s Gospel

Erin Vroom The "gospel" may be a familiar idea in the Christian faith today, but that doesn’t mean it’s easy to believe or follow.... Keep Reading

Luke: The Gospel of the Savior for Lost People Everywhere

John: The Gospel of the Eternal Son Who Reveals the Father

What are the Gospels? 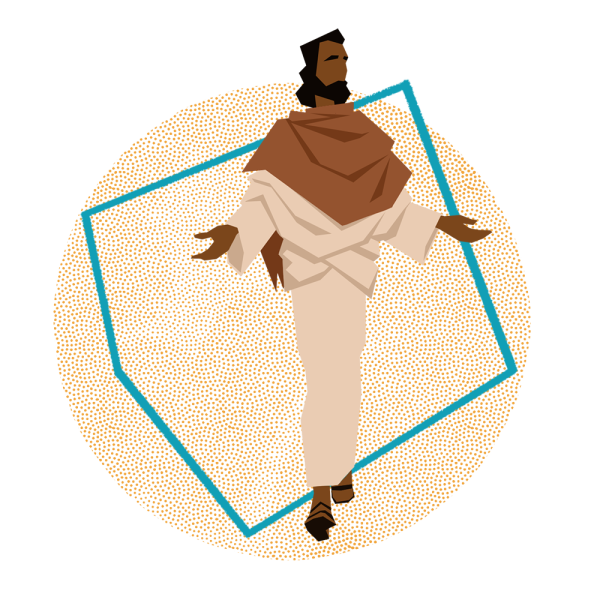